In a laid-back southern state of India, a senior IPS officer and Excise Commissioner of Kerala Rishi Raj Singh recently became the butt of many jokes when he asked a gathering of girl students, “Are you aware of the legal protection women have in our country. If a man stares at a woman uncomfortably (meaning indecently or say in sexually suggestive manner) even for 14 seconds, he could be sent to jail. (This is a rough translation of what he spoke in the native language Malayalam.)

Mr. Singh was addressing a crowd at a women’s college in a state where staring at women and even teasing comments were traditionally considered compliments. Being noticed by young and desirable men meant you were attractive, maybe irresistible. No, I do not subscribe to this notion, nor would young girls of this generation.

But our poor cop became a butt of many online jokes following the statement. While men complained, many mockingly, that women would misuse the law and land them in jail if they had some old score to settle. Women too complained, some saying 14 second was too long a time to allow some lecher to check them out, compelling Mr. Singh to respond with a hilarious, “It is not the period of staring but the manner and intention that mattered”.

A trail of mocking trolls later Mr Singh even gave a full comment to a national daily: “The stare need not really linger for a full 14 seconds to make it an offence. It is an offence if it makes a woman uncomfortable even for a few seconds. Womenfolk should come forward to register complaints against such offenders,’’ he told The Hindu.

It all started of well-meaningly with the cop trying to educate girls about the legal protection guaranteed in Section 354 A, B, C and D of Indian Penal Code in the face of eve teasing or molestation in public spaces. Perverts are aplenty in the state, as in many other states in India; the menace of flashers around women’s colleges and ladies’ hostels is no secret.

Mr Singh was only saying that though there was now a strong law to protect women against voyeurism and stalking, no case has so far been booked for such offences. The reason, he said, was women largely being unaware that staring at a woman becomes an offence under IPC Section 354 D when the stare has an obvious sexual implication.

But with everything else in life, this legal protection for women could drive some harmless admirers or absent-minded habitual ‘starers’, not oglers, into tight spots.

Men, moderate your appreciation; women, make sure you are not branding innocent men, sentencing them to lifetime disgrace. 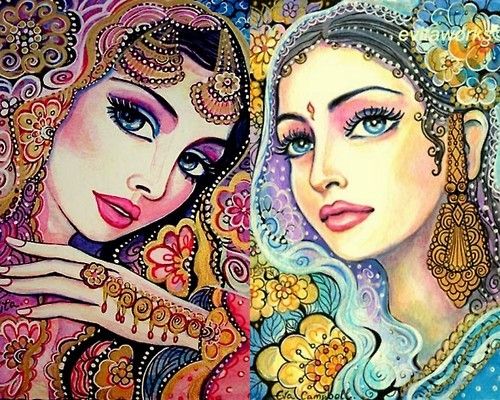 But how is all this money going to be spent? Who is to decide how the money is spent? The women and child development ministry is in charge of planning schemes to create safe spaces for women. And do we trust the ministry to come up with concrete programmes? Unfortunately, no, due to its poor credibility and failed past records.

The railway minister announced part of the fund will be used to install CCTV in trains so as to make long distance trains safer for women. But what use are they when goons cover their faces and drag women out of crowded vehicle, and gang rape them? Why not have armed police personal in women only compartments, let there be more ladies compartments. Why not distribute free pepper sprays and stun guns to women? Till such time, the men of our country accept women as equal stakeholders and admit equal rights, the country must protect its women, young and old, rich and poor, rural and urban. Period.

It is a good thing to have separate social security schemes for women worth Rs 79,258 crore. Appreciate it. But no woman can benefit from any welfare scheme when public spaces are playing fields of sexual predators. How safe can women feel when streets, public transport, parks, schools, workplaces, and their own neighbourhoods are increasingly turning unsafe?

It is comforting to know New Delhi is part of the Safe Cities Free of Violence against Women and Girls initiative by the UN Women. Why not copy it in all cities, towns and villages? Let us quickly prevent and respond to sexual harassment and all forms of sexual violence against women across diverse backdrops.

We could learn from Egypt and adopt women’s safety audits to guide urban planning and from. Port Moresby and take steps to improve women’s safety in local markets. Why can’t we do all that and more?

In India, sexual harassment in public spaces remains a largely neglected issue, with few policies in place address it, or prevent it. To start with, we need to put young people at the heart of prevention efforts. India needs to develop a non-formal curriculum to end violence against women and girls. We also need to change norms and behaviour of men and boys on gender equality and women’s rights.

Sometimes I wonder, is the government of India seriously clueless about the plight of women in the country? Or is it unconcerned?

The government must run back to back awareness campaigns to prevent violence against women in order to change attitudes and behaviours which tolerate and perpetuate gender inequality. Maybe, we should extend the clean India campaign to cover the filthy gender bias.